The eponymous Pao is only a small boy when he and his family emigrate from China to Jamaica in the wake of the Chinese Civil War and just prior to the outbreak of World War II.  After settling into the Chinatown area of Kingston, Pao grows up in its shadowy underworld and eventually becomes the civic-minded leader of its organized crime, doing business and protecting the Chinese minority in the city.  Using Sun Tzu's The Art of War as his conscience and guide, Pao's influence waxes and wanes against the backdrop of Jamaican politics, ranging from post-Colonial rule to Rastafarianism, from the Back-to-Africa movement to socialism.
I've long been a reader of books of Caribbeana, particularly the fiction of the region, but this book gave me a wholly fresh perspective amidst the black African diaspora, white colonialism, and Indian subcultures that I've read before.  Race and class necessarily play a large role in this book, and while I wouldn't venture to say that Pao is a feminist, his dealings with women are largely well-balanced and even occasionally progressive for a man who is a product of his time and culture.
To wit: Although Pao moves to Jamaica in 1938, the book opens in media res in 1945 when Pao  is beginning to earn his reputation as the go-to guy in Chinatown.  A  black Jamaican woman named Gloria comes to Pao to demand the justice that the law won't give her when a white sailor beats her sister almost to death.  Pao's brother urges him to drop the matter because the sister is a whore and, thus, should expect to get beaten up a bit from time to time, and further, that "white men been beating Jamaican women for three hundred years."  After much consideration, Pao's replies, "That is true, but this is the first time anybody come ask us to do something 'bout it." Thus marks the real beginning of Pao's unofficial career.
While I didn't always like Pao, he is one of the most fascinating characters I've encountered in a long time, and seeing his trajectory from young boy to old man made for a satisfying read.  I'd recommend this book for readers interested in social stratification (class, gender, race), interesting character studies, or Jamaican politics. It's an extremely interesting novel, perfect for summer reading.

~Emily Crowe
Posted by As the Crowe Flies and Reads at 12:37 PM 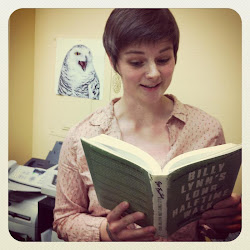 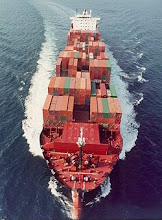 He's the Receiver. And the Shipper. get it?